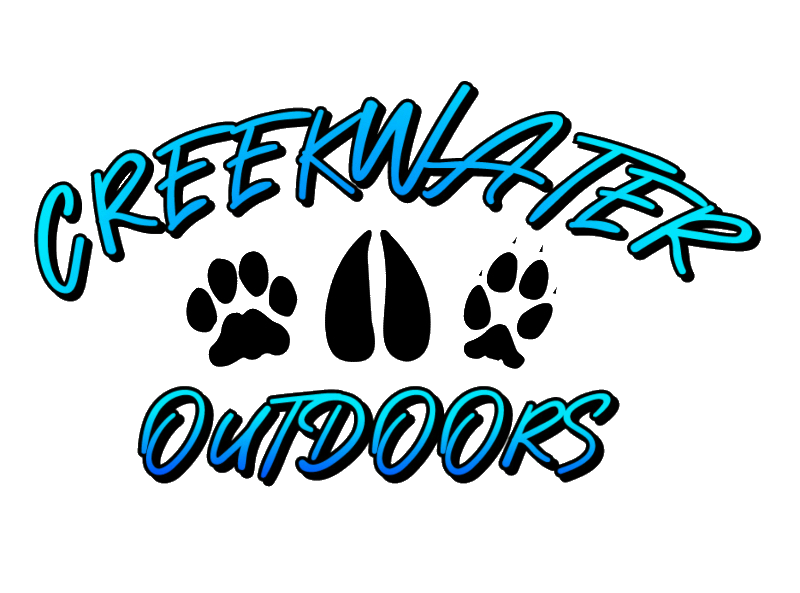 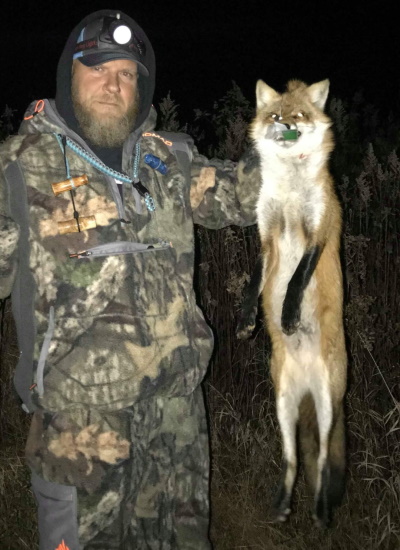 Billy is the founder of Creekwater Outdoors. 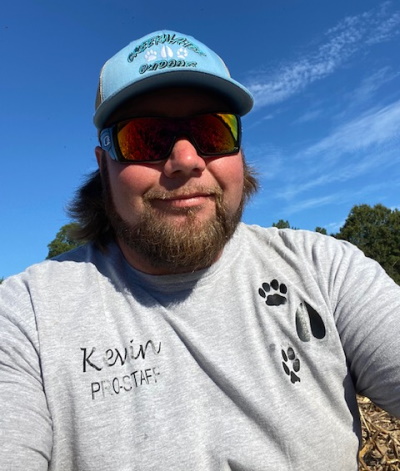 My name is Kevin Huntington. I am a father to 3 wonderful kids (Austin, Kaylee & Addison) and a husband to an awesome wife (Alicia). I work for the IBEW Local 70 Union in Forestville, Maryland. I love everything about the great outdoors. Winter months you can find me in a tree stand hunting deer. Spring I’m all about the gobbling thunder chickens (turkey). Summer months I’m on my bass boat fishing. Year around I’m all about Predator hunting. 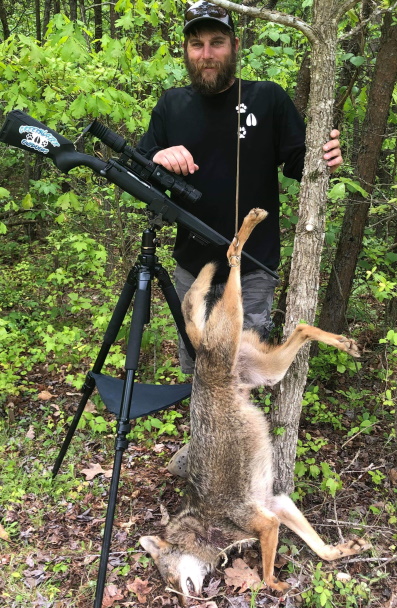 My name is RJ Shifflett. I live and hunt in Central Virginia. I grew up hunting deer and various small game, as well as fishing for fresh and saltwater species. My wife, daughter and I love to frequent the Outer Banks of North Carolina. I started predator hunting about 3 years ago and have quickly grown to love coyote hunting for the challenge. I've been on staff with CWO since the early days, and I am proud to represent a company run by great people providing fair deals on awesome equipment. 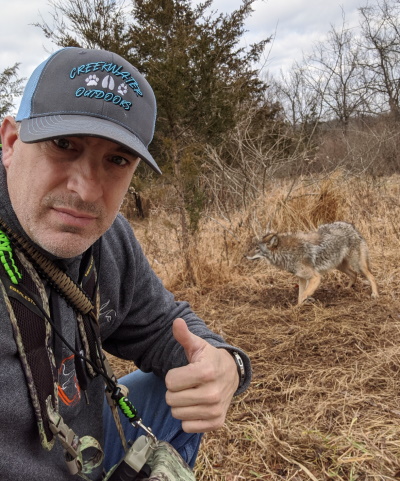 Hey, everyone my name is Tim Dockery. I was born and raised in NJ, however after high school, I have traveled and lived all around the US playing minor league baseball. I finally settled into Eastern PA where I've been in Law Enforcement for the last 18 years. 17 years have been dedicated to the Special Response Team (CBSRT), which I'm currently an assistant team leader. I can honestly say I have hunted and fished with my family since as far back as I can remember. My biggest passion is everything and anything outdoors. I've hunted just about everything that walks or crawls. My favorite species to hunt is Turkey, however I have shot deer that score in the 160s.

Over the last few years, I decided to get into Predator hunting. I had one of my largest PA deer devoured by coyotes overnight and decided it was time to sort this out. I had no idea how much it would impact me. Predators have rapidly become the thing I focus on most. I've had a lot success trapping and calling but can't decide which one I like more. The way I see it is if I want something dead it will be. I study by reading and watching tons of videos from the past and present to prepare myself. I apply that logic to everything I hunt.

How I got with the Creek Squad. I bought my first call, an Icotec Outlaw, from Billy Interrante who is the founder and owner of CreekWater Outdoors. I knew he was a no-nonsense guy from the minute I met him. (My kind of people) We stayed in touch through a mutual friend. I was asked to hunt a predator tournament with Billy and the prostaff from CreekWater Outdoors. After meeting the crew, I could see they were just as dedicated to hunting as I was. We all hit it off and I was asked to join the prostaff a little while later. It's been a lot of fun so far and can't wait to see what the future holds. 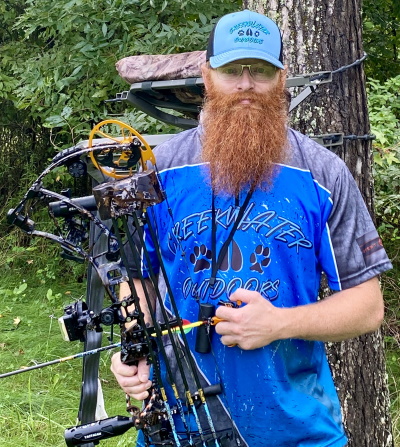 Hello, my name is Michael Howard. I’m an avid outdoors man from hunting to fishing... I mainly deer hunt but love predator hunting... Far as fishing bass is life, lol. I’m mainly a still bow hunter but will break out the Muzzleloader or shotgun when time calls for it. I shoot an Obsession DEFCON M6 that I bought in 2016. Bass fishing, I fish from my Pelican Pro120. Might be a small boat but gets the job done!! I fish with everything, but my love is behind a good crank bait bite.

Outside of that I’m your average man... I work a lot. I’m a warehouse foreman for Mondelez Int with a class A CDL’s. I love video games, hiking, cooking on the grill, and trying new recipes. When I’m just relaxing, I’m usually watching boxing, MMA, YouTube or something on tv like paranormal shows. Funny how my greatest fear is also my greatest fascination.

I’ve been married for over 15 years and we have three children. 2 boys and 1 girl. I’m an Autism dad to my youngest son. It’s not easy raising two children on IEP’s like my two boys but I wouldn’t trade it!! They can be handful all three, but they are something else lol. Can be a hectic, crazy, busy life but I got to keep the body, mind, and soul running. 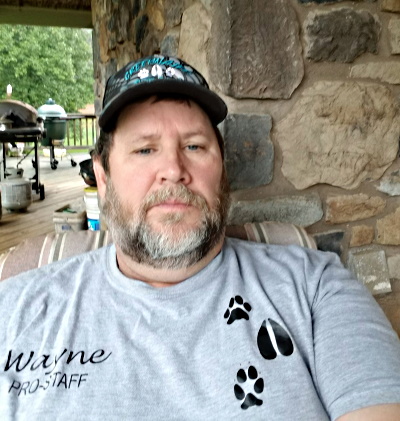 My name is Wayne Maddox I love hunting Whitetail deer and in the off season I do a lot of predator hunting to help the deer population. 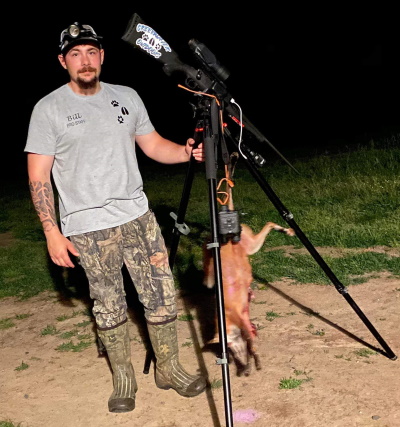 My name is Bill White. I kicked off my hunting journey in a little town called Orange, VA. I started at a young age taking deer, rabbit, squirrel, and target practice weekly. I then met a fella that was kind enough to take me under his wing and teach me most of what he knows about predator hunting. I fell in love with the sport and have since been learning the tricks to the trade for a couple of years now. I was honored to be invited onto staff with CWO and have since tried to make my impact on customer and company success. I enjoy working for good people earning an honest dollar who cares about the customers' service and field success with our products. 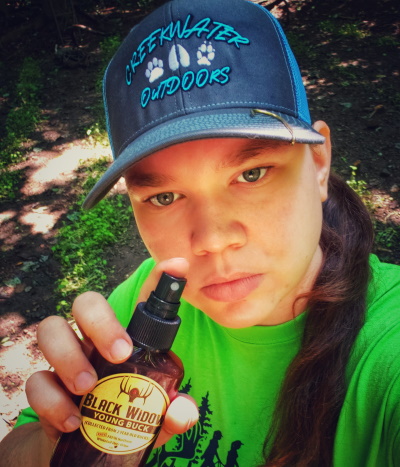 My name is Ashley Pagan. I was born and raised in Northeastern Ohio. Love Chasing Big Bucks During Archery Season. Love Anything to do with the Great outdoors. If I’m not hunting then I’m prepping. Even mushrooms aren't safe when I'm on the hunt!! #CreekSquad